About Gautham Gandhi –
Gautham is a lawyer turned brewer and worked extensively with brewers, beer, raw material and equipment brands from India and abroad and co-founded India based Singularity Beer Project. His approach to brewing is very non-traditional and new world. He has contributed to Alcobev magazines and forums in India. He is also a Co-Admin of India’s largest Facebook Craft Beer community called “Friends of Froth” founded by Late John John Eapen, India’s first and only beer evangelist.

Gautham has made over 25 batches of beer using different strains of Kveik like Framgarden, Hornindal, Opshaug, Voss, Lida, Hothead etc.,

He looks forward creating more experiences in the future.

In the parts of Norway, Kveik is the most common dialect word for yeast. It is one of the original, traditional dried yeast used for very fast fermentations. In the Norwegian farmhouse tradition, Kveik was preserved by drying and passed from generation to generation.

It yields to a neutral flavor and sometimes with a subtle fruity note of orange and citrus. Its ability to work at higher than ambient temperatures leading to very fast fermentations, Kveik is considered as a super yeast by many in the brewing industry.

My observations working with Kveik yeast –
1. With any beer < 6.5% abv, Kveik ferments it in four days when its fermented @ 30C and beyond.
2. At low temperatures (under 30C) the flavor profile is comparatively neutral and high temperatures; it gives out a citrus/tropical fruit-like esters.
3. While making a farmhouse ale (Saison), at higher temperatures, I noticed a subtle clove-like phenol from Kveik. Choosing a different grain bill also has a significant impact in the production of phenols.
4. Ramping up the fermentation temperatures above 35C, drops the pH even lower and brings out a fair amount of tartness to the beer. 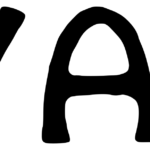